For years, the Emporia Gazette (Emporia, Kansas) has had a column pulling historical tidbits from 20 and 30 years ago. On 28 May 1964, the ‘20 Years Ago‘ column reported on sailors home from leave from the war. 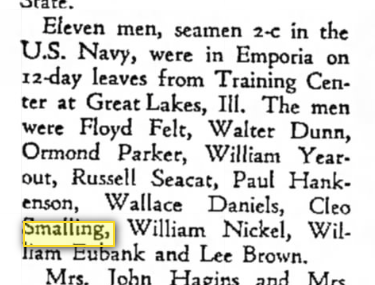 Newspapers.com has the digitized version of this issue of The Emporia Gazette.